"The Tenth Circle": A Movie Review 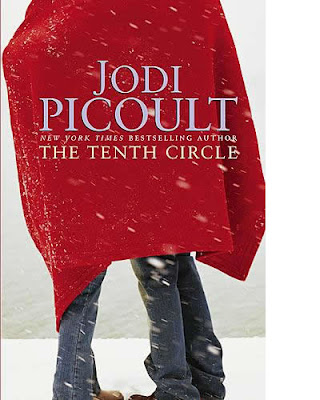 Last night Craig and I watched The Tenth Circle, which was the first of Jodi Picoult's novels that I've seen in movie form. I was disappointed that they didn't work more about the sled racing in Alaska into the story line, until Jodi kindly reminded me how difficult it is to fit a 500-page book into 93 minutes. Then she said something to me that put things in perspective...
"... I've already had a dozen emails today from girls who were date raped who are telling someone what happened ... so it's raised the conversations I'd hoped, too!"
This, I understand. While many parents would find Jodi's portrayal of teenage sexual experimentation more than a little unsettling, I'd contend that it's closer to the truth than most parents would believe. (The movie cut out some of the more explicit examples, such as the lipstick game.)
What I appreciate about Jodi's stories -- and I've found it to be true in every book of hers that I've read to date -- is that she embodies in her characters true-to-life choices and consequences that reflect not life as it ought to be, but as it is. They do not walk away from their bad choices unscarred ... and yet, we sense that the healing is not far behind.
If not for the characters, at least for ourselves. In this case, the possibility that a teenager watching the movie will relate to Trixie's character and see how her own brokenness, her own emptiness, made her vulnerable. How both mother and daughter, in their quest for love, sought to fulfill that need in ways that brought destruction and pain for all concerned. And how one young man's callous, impulsive actions had life-altering consequences.
Sex is good. God created it. And yet, when this desire to know through self-donation becomes a desire to use in self-gratification, evil triumphs by turning a life-giving gift into a deadly counterfeit.
Posted by Heidi Hess Saxton at 6:15 PM

Love Picoilt's works, too. I'm interested to see what Hollywood does with My Sister's Keeper .