Today in my column at Catholic Exchange I post this article about what we need to be doing to eradicate all forms of child abuse. Please check it out and comment! 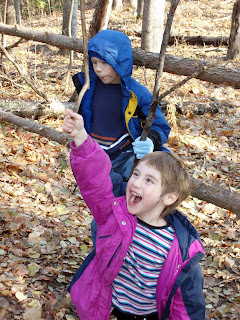 "...For anyone who makes himself responsible for one small baby, as a whole, will soon find that he is wrestling with gigantic angels and demons.”

G.K. Chesterton as quoted in "Under Her Starry Mantle"
Another chilling story of child exploitation hit the wires today when CNN ran this story about the 401 children who were forcibly removed from a western Texas "polygamist retreat" run by an LDS sect. The raid by social services was conducted after a sixteen-year-old girl reported that she had been married to a fifty-year-old man and had a child at age 15. (Texas law does not permit children to be married, even with parental consent, before age 16).
One more reason why the USCCB was absolutely right in their efforts to raise awareness by declaring April to be "Child Abuse Prevention Month." That the bishops efforts have not received the kind of enthusiastic response it deserves -- including in some Catholic circles -- drives me absolutely crazy. Stories like this demonstrate more eloquently than any press release ever could why as a society we need to be raising awareness about every kind of abuse that are perpetuated on our children, as well as how we can keep them safe. While Catholics are not alone in their struggle to root out and eradicate all forms of abuse, as I was reminded when I stumbled on this post today, we must do our part if we are going to be taken seriously as people of faith with moral integrity.
On Friday Catholic Exchange will be posting my column about "Child Abuse Prevention Month." Whether or not you are Catholic, I hope you'll join me in supporting and affirming the intentions of the USCCB (spare me the scandal-related diatribes, which detract from the importance of this issue). This is a cultural epidemic about which we cannot afford to remain silent.
For more information about recognizing and preventing child abuse, click here.
Posted by Heidi Hess Saxton at 7:08 AM