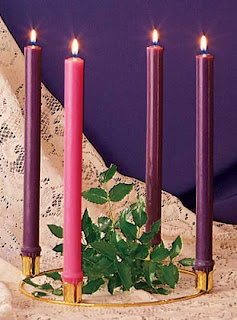 Last week I got a letter from an adult adoptee, who reminded me how important bloodlines were in the Old Testament -- of the long lists of genealogies that may be found in the Scriptures. He did this to support the idea that natural family ties are more important than adoptive ones.

However, as we enter the holy season of Advent, we are reminded that God’s redemptive plan involved adoption from the very start: the Incarnate Christ, the Son of God, was adopted by Joseph, the husband of Christ’s biological mother, Mary.

Both relationships – the biological and adoptive – were so critical to the salvific story that the lines of both parents are traced in the Gospels: Mary’s forebears are recorded in the Gospel of Luke, Joseph’s in the Gospel of Matthew: “…Jacob the father of Joseph, the husband of Mary. Of her was born Jesus who is called the Christ” (Matthew 1:16). Though Joseph was not related biologically to Jesus, his lineage was traced through the Davidic line that the prophets had foretold would produce the Messiah:

Little is said of the early years of Jesus, making it difficult to show from Scripture what kind of relationship Jesus had with Joseph, other than Gospel passages (Luke 4:16-17, John 1:45ff) that indicate Jesus was known publicly as the “son of Joseph.” The account of Mary and Joseph finding Jesus in the Temple (Luke 2:48-52) also offers this clue:

“He [Jesus] went down with them and came to Nazareth, and was obedient to them … And Jesus advanced (in) wisdom and age and favor before God and man” (Luke 2:48-52).

When Jesus referred to “my Father,” invariably He was referring to God, not Joseph, for the simple reason that “his divine sonship, and his obedience to his heavenly Father's will, take precedence over his ties to his family” (USCCB/NAB Luke 2, footnote #13). His divine mandate was to prepare the way for all of humanity to become adopted as sons and daughters of God (CCC #2782-85).

As we read in John’s Gospel, chapter 1:

He came to what was his own,
but his own people did not accept him.
But to those who did accept him
he gave power to become children of God,
to those who believe in his name,
who were born not by natural generation
nor by human choice
nor by a man’s decision
but of God.

We find this adoption principle again in Romans (8:14):

For those who are led by the Spirit of God are children of God. For you did not receive a spirit of slavery to fall back into fear, but you received a spirit of adoption, through which we cry, "Abba, 3 Father!" The Spirit itself bears witness with our spirit that we are children of God, and if children, then heirs, heirs of God and joint heirs with Christ, if only we suffer with him so that we may also be glorified with him.

We see this same principle at work in this passage in the Gospel of Matthew:

But he said in reply to the one who told him, "Who is my mother? Who are my brothers?" And stretching out his hand toward his disciples, he said, "Here are my mother and my brothers. For whoever does the will of my heavenly Father is my brother, and sister, and mother." (Matthew 12:46-50).

In these passages, we are reminded of three important principles of adoption: (1) The bond of adoption is by nature permanent, (2) The bond of adoption, for the child’s sake, is reciprocal (even though initiated by the parent), and (3) the bond of adoption is associated with both individual suffering and loss … as well as with a lasting heritage. (While adoptive family life is no more “glorious” than birth families, adoptive homes reflect the redemptive, adoptive love of God just as married couples open to life reflect His creative, unitive love.)
Posted by Heidi Hess Saxton at 2:14 AM

I hope that the Advent season brings you and your family many blessings.

On a side note- I am trying to do more to promote children's literacy. Please stop in at my blog for a look at some great children's books.

Oh, Heidi, this was absolutely beautiful! Thanks so much for sharing your reflections with us. As both an adoptive and biological mommy, I was touched by your lovely words.
Blessings to you, my sister.