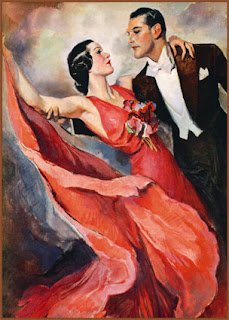 Ordinarily, my husband is the most reasonable and accommodating of individuals (he has to be, to live with me). The only chink in his king-sized, Prince Charming armor that I've discovered so far, after almost ten years of marriage, is that he has a rule about birthdays.

The must be celebrated ON THE DAY. No squeezing it into the previous or subsequent weekend. No two-for-one birthday/Christmas presents ... even if they are twice as expensive as usual. He'll play along if we choose to have a celebration on an alternate day, of course ... But on the stroke of midnight each Dec 30, he turns to me (or pokes me awake) and crows, "It's my BIRTHDAY!"

I think that, growing up, he sometimes felt like an afterthought ... I'm told that at least once before we met, his birthday went altogether without comment. Sequestered as it is between Christmas and New Years, it is entirely possible -- and highly likely that the slight was not intended. So for the past ten years I've made it my personal business to be sure that he knew, beyond a shadow of a doubt, that his birthday is one of the most important days of the year to me. Because HE is the most important person in the world to me.

There was a time when we would celebrate by dancing the night away, swirling around the ballroom floor in top form to every Viennese waltz, mambo, and cha-cha. How we loved West Coast Swing. Two kids and a dog later, with sleep coming in two-to-three hour increments, we have just enough energy to clink our teacups together in between pre-bedtime nap and actually hitting the sheets with exhausted thumps. Sad, I know ... but we're hoping it's a stage.

So anyway ... Sunday, we went out to a Japanese steak house with the kids and his older brother and sister-in-law, who are two of my favorite people. But TONIGHT ... tonight after he comes home from work we have his favorite stuffed mushrooms and key lime pie (he likes Mrs. Smith's), and I'm spending the afternoon putting together his digitial picture keychain while he shops for the big-screen TV he's been wanting for the past five years.

My present to him ... Well, let's just say it's something he likes even better than key lime pie. With a little effort (slightly less than a full-blown Hustle), perhaps even more than the big screen TV.

Happy Birthday, Sweetheart.
Posted by Heidi Hess Saxton at 8:01 AM

What a sweet post.
It is doing the little things I believe that make a couple work.
Happy belated b-day to your husband!