"Everything I Wish I'd Known About Adoption (but didn't think to ask)."

November is National Foster Care Month! If you have ever considered foster parenting (or foster adoption), find more information here. 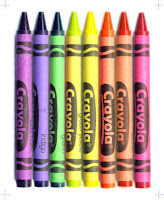 We had been married almost three years when Craig and I looked at each other and said, "Well, no baby yet. Now what?" International adoption was W-A-Y too expensive, and besides there are lots of kids right here that need a good home. "Maybe we could take in a half-dozen of them ... there's lots of room for a triple set of bunkbeds upstairs!" (I may have said that last sentence; Craig tends to be the cautious half.)
A few harrowing months later, we had a sibling group of three. A month after that, I learned the first important lesson of parenthood: I had overestimated my capacity by at least half. Thankfully, God agreed. Nine months later we were down to two, and happy to keep it that way.
These past five years -- three as foster parents, two as adoptive parents -- have been replete with "aha" moments, important insights that would have come in handy at the outset of our adventure. Then again, who knows if we would have been smart enough to catch them second-hand. My top ten (related to foster adoption) include:
* (Before deciding on an agency) Don't sign up with the first agency you interview. Always ask to speak with other foster parents (or adoptive parents) about their experiences.
* (During orientation meetings) Pay attention to how social workers and other agency representatives talk to you -- and talk about other foster or adoptive parents. If the social worker treats you like a not-quite-bright child, or part of the problem instead of part of the solution, find another agency.
* (During training) If you feel unable to help certain types of cases -- sexual abuse victims, or severe trauma -- it is infinitely better to get training about recognizing and helping children with these kinds of problems than trust the agency not to send you kids with these kinds of problems. Forewarned is forearmed ... and children do not always come with complete case histories.
* (Before home study) Yes, the questions are invasive. (Just think of how exposed a mother feels during labor and delivery). Just remember that it's a means to an end, and that this interview is an important way to weed out unsuitable candidates -- including those who are just in it for the money, and who might expose these children to additional danger. Instead of being offended, be grateful for their diligence.
* If it looks like red crayon on the wall, lock up your lipstick collection. If it looks like brown crayon, give it the sniff test before getting the Mr. Clean sponge. If the closet smells, clean out the cottage cheese and put a childproof latch at the top of the closet door.
* Foster kids need closer supervision than other kids. You may get a better night's sleep if you let them sleep next to you (or you next to them...) Especially in the beginning, don't leave them alone with animals or other children. Not even "just for a minute."
* Foster kids also need more structure than other kids. Older kids (4 or more) may cope with the out-of-control feelings inside them with ordering you around. The more (loving) structure you build into the day, the better they will adjust.
* There is "real time" and there is "agency time." If the agency estimates that it will take a month to get your levels approved, mentally double the figure before you start asking questions. For each "layer" of bureacracy involved in the decision, double that estimate again.
* Every time you hear yourself saying, "Oh, I couldn't handle it if ______ happened," stop. Nothing is gained by going there. You have enough to handle already. Just stay focused in the present, and trust God for the future.
* "Forever" isn't always forever. "Never" isn't always, either. If you want a child to love, there will always be someone who needs someone to love her. Even if you have that child in your life a short time, you can make a big difference. And that child will make a big difference in you, too.

This week I am hosting the November 4, 2007 edition of "Adoption Blogpost Round-up." This week's post is dedicated to adoptive parents who discovered a few things after bringing Baby home that they didn't know before they got their little bundle of joy. Now that I've shared mine ... here are the offerings of other adoptive parents, too! Some are Catholic, some are from other (or no) religious traditions; all have written in to share their "Eureka!" moments in

"Everything I Wish I'd Known About Adoption ....

"... how unprepared I was to witness the relinquishment." Heather at Production, Not Reproduction presents a letter to her son's first mom on Mother's Day, telling her how her brave choice changed Heather's life.

"... how my children's grief would become my grief, too." Jane at Building the Ark presents Mother's Day 2007, in which she recounts the powerful emotions she felt when she was trying to help her adopted children cope with the grief and loss of losing their first families.
"...I didn't know how strong I really was." Jessie at The Making of a Mom presents What I Didn't Know. In it, this former social worker and adoptee shares how surprised she was to discover how little she knew about the adoption process until she was going through it herself. "What a crazy little journey this has been!"
"... about gay penguins." Veronica presents What makes a family? posted at The Red Thread. This frankly feminist mother teaches her daughter about adoption with a book about two male penguins who tend another couple's egg. (Her daughter finds the story "sad." I agree.)
"... that the dog wouldn't love such a beautiful baby!" Erin Thomas presents Ella's Adventures posted at Journey To Ella, where she shares Ella's first month at home.
"... that forty dollars could be so much fun!" Jenny Alicea at Yes, They're Mine presents The Journey in which she rediscovers the joy of teeter-totters.

That concludes this edition. Submit your blog article to the next edition of adoption blogpost round-up using our carnival submission form. Past posts and future hosts can be found on our blog carnival index page.
Technorati tags:

Posted by Heidi Hess Saxton at 6:08 AM