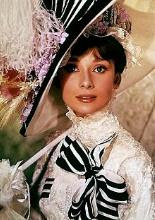 Congratulations are in order. Sarah has learned to spell her first word:
F-A-R-T.

OK, so she had a little help from her (*giggle*) older brother.

"Sarah," I admonish her. "That's a bathroom word, and young ladies don't run around spelling bathroom words." (Man, I sound like such a priss ... but manners have to start somewhere, right?)

She catches my eye, trying to assess just how serious her infraction was. "How about 'toot'? Is 'toot' a bathroom word?"

The girl is only five, and already she is running mental laps around her mother. "Just stop saying 'F-A-R-T,' OK?"

It amazes me, how fast they pick up on the icky stuff -- and how quickly they start hurling it at one another. They love each other, I know they do. (If either of them lags behind more than a few feet as we are preparing to go someplace, the other sends up a howl that can be heard for miles. This, too, I cannot understand neither of them have been left alone for a moment in their entire lives.)

The verbal infractions of childhood:

* Name calling
* Verbal threats (I'm going to hit you/break your ___/not play with you, etc.)
* General abuse (I hate you/I'm not your friend/you're crazy)

Assuming they aren't getting it from us (and they're not) and we're consistently letting them know it's not OK for them to speak this way (we are), what more can be done? Lately I've been playing a version of "To Tell the Truth" -- when one says, "You're stupid," I say, "What's the truth?" And the offender has to say, "You're not stupid ... you're smart!"

But is it enough? And when it comes to simply using language badly (as in the first example), how do you encourage children in their first and most formative years of language acquisition (in addition to reading the "good books" and using proper language in front of them) to speak ... the Queen's English instead of ... Cockney?
Then today as we went for our afternoon outing at Rolling Hills Park, Dad took Christopher around the larger loop (Christopher on his bike, Craig hoofing it). Christopher still has training wheels, and still hasn't figured out the brakes very well yet. Long story short, he wound up going off the path ... and into a patch of brambles. As his Dad made his way toward Chris, to help dislodge bike and boy from the prickers, Chris looked up and said, "My! That was quite a ride!"
It seems the lad has mastered at least some of the subtleties of his mothertongue. There may be some hope yet.
Posted by Heidi Hess Saxton at 9:49 AM