"Learning to Love": A story of hope for children with attachment disorders 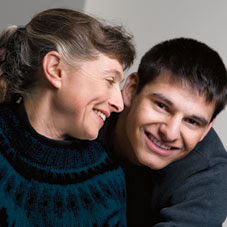 This month (April 2008) in Reader's Digest, Vince Beiser tells the story of the Solomon family, who adopted seven-year-old Daniel from an orphanage in Romania -- and months later found themselves parenting an angry, violent, and broken little boy. It took him some time to discover what he had been missing in the institution ... what it meant to have a family, and parents who loved him. And when that realization hit him, he lashed out at Heidi Solomon, the woman who had adopted him. She had not given birth to him, had not abandoned him -- but she was the most convenient target, and it was up to her to help him heal.
Two groups of children are most frequently affected by attachment disorder: Those with a history of physical abuse and neglect (especially prevalent in foster children), and institutionalized children (particularly the thousands adopted from "warehouse-style Eastern European orphanages").
What this article brought out -- and what we are now discovering for ourselves -- is that sometimes the symptoms of attachment disorder do not surface for months or even years after the fact. Furthermore, the therapies used to treat attachment disorder may require an extraordinary level of courage and commitment on the part of the parents (for three months Heidi Solomon kept Daniel within arm's reach -- no more than 3 feet away, day and night). Amazingly, part of the healing involved their adopting a second child, A.J.
Is your child showing any of these signs of attachment disorder?
* (Infant) Doesn't cry when hungry or in need of change.
* (Infant) Seems irritated by prolonged physical contact.
* (Child 3+) Inability to make or sustain eye contact.
* Lack of "natural" desire to please parent.
* "Fingerpaints" with fecal matter (older children past toilet training age)
* Exaggerated fear of separation from parent (panics).
* Prolonged periods of sleep disruption (sleeps only a couple of hours at a time).
* Episodes of increased violence against property, animals or younger children.
Here are some sites that may help:
http://en.wikipedia.org/wiki/Reactive_attachment_disorder
http://www.attachmentdisorder.net/
http://www.helpguide.org/mental/parenting_bonding_reactive_attachment_disorder.htm
Posted by Heidi Hess Saxton at 4:59 AM